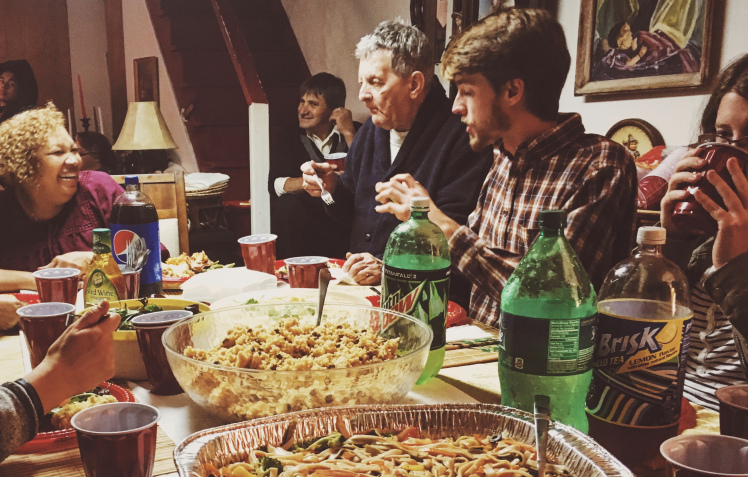 As any (in my case, former) YoungLife leader will tell you, Jesus was about way more than mind-numbing sermons, legalistic religiosity, and holier-than-thou separatism. “When God took flesh as Jesus,” we would tell high schoolers turned off by the stuffy stereotypes surrounding Christianity, “he partied!” And indeed, the first miracle described in John’s Gospel is Jesus transforming water into wine at a wedding reception. We also see parables featuring celebrations and parties throughout his teachings, and he even shares that, “Blessed is the one who will eat at the feast in the Kingdom of God.” (Luke 14:15)

I must confess that, for the duration of my time leading YoungLife, I failed to fully appreciate the depth of this. It recognized it as an authentic method of convincing kids that Jesus was down to hang with them just as they were, rather than the judgmental, stoic figure they might have imagined. And that is, of course, a critical truth many are hungry to hear, but one that failed to resonate too deeply with me. And although this may in part stem from my more legalistic nature and overall disinterest in knocking a few back with Jesus, I also think it had to do with my generally more serious and even critical nature. I’ve written before about having an “Advent faith,” one that made prophetic critique and lamentation feel right at home but kept an appreciation for celebration from being a comfortable fit.

However, as I became more embedded in the community of Hunting Park, I found myself constantly extended the privilege of attending some sort of celebration, whether it be a barbecue, birthday party, graduation, or potluck. Last year I learned that celebration was deeply important within my new context, and I was beginning to discover why. At that point, I was only just beginning to name and appreciate the profound ways my neighbors rooted their joy in the Eternal rather than current circumstances, and how they clung to a hope that refused to give temporary downfalls the final say. Lately, I have been reminded of these fruits of the Spirit so abounding in my neighbors-turned-friends-turned-family in some beautiful ways, the most significant of which being Thanksgiving.

Mama, our often-mentioned and deeply adored next door neighbor/landlord/mentor, had invited my entire house over to her Thanksgiving celebration, and we weren’t the only ones. Pam and Jacob, two of my closest friends in Philly, were also there, along with Mama’s husband George, daughter and son-in-law, and adorable grandson, Franco. And as the evening went on, so grew the guestlist, as the owners of the block’s bodega arrived followed by two more of Mama’s friends and her cousin, our repairman, and the church’s youth pastor and his fiance. If you’ve lost count, that’s 21 people total, all stuff together inside a classic (read: “small”) Philly rowhome! Most incredible of all, Mama somehow prepared an overwhelming abundance of food that we didn’t come close to finishing, with traditional dishes of turkey, cranberry sauce, candied yams, green beans, and pasta salad alongside Dominican favorites like onion-topped yuca and arroz con gandules as well as her famous clove-studded cherry baked ham.

In other words, the food was phenomenal, but it was only one element of the festivities. There was a uniquely joyous, festive atmosphere that permeated the house, and it sharply contrasted the moods some people have been experiencing following the election. Despite the fact that many of the people surrounding me were either immigrants or first-generation Americans and, for varying reasons, had much to fear about the promises made by the President-elect, that evening there was only a spirit of gratitude, jubilee, and celebration. And, at least for those there I know as friends, I am confident this comes not from a “head-in-the-sand” denial or numb indifference but something far richer.

About an hour into the evening, I realized I was experiencing what Christian celebration looks like as a means of Christian resistance. Resistance against the “principalities and powers” of this world, against the seemingly ever-present threats of domination and dehumanization. Resistance against the bondage of fear and scarcity and hopelessness that can have such an insidious grip on communities like ours. Resistance that is possible because the present doesn’t get the last word, because we can claim eternal victory regardless of right now and we can act in tangent with that truth. It was a moment that felt transcendent, and as I reflect on it more and more, I genuinely believe it was an experience of the Kingdom of God breaking into the present. “Blessed is the one who will eat at the feast in the Kingdom of God,” indeed! 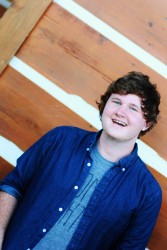